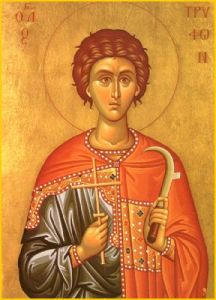 St. Tryphon and St. Respicius, his convert, after most cruel torments, were brutally scourged and then beheaded under Decius, in 252. St Nympha, a virgin of Palermo, in Sicily, is honored on the same day, but the date of her martyrdom is uncertain. 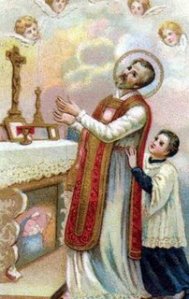 This celebrated Neapolitan missionary, because he was very handsome, had to resist various attempts at seduction. He became a priest and practiced Canon Law; having uttered a slight untruth in court he read a short time afterwards; “The mouth that utters untruth kills the soul.” He was so moved by this Scripture that he renounced his career and entered, at the age of thirty-six, the Theatines, receiving the name of Andrew. He was at one time spiritual director of the seminary of Piacenza, where he is still venerated.

His patronage is invoked by the faithful against apoplectic seizures and sudden death. He died of an attack of apoplexy as he was standing at the foot of the altar, repeating the words, Introibo ad altare Dei (1590)

Presumption is the highway to ruin.